What is Bitcoin or Crypto-Currency

Bitcoin is a form of digital currency or virtual currency having no physical existence. Bitcoin was invented by Satoshi Nakamoto. It is still not known whether he or she is one person or group of people. Bitcoin was released as open-source software in 2009. Bitcoin is called as crypto-currency because cryptography has been used to code its value to ensure maximum security.
18th August 2008 -  The domain bitcoin.org was registered. Today, this domain is “whoisguard protected”, meaning the identity of the person who registered is not public information.
08th January 2009 – The first version of the Bitcoin software is announced on the Cryptography mailing list.
09th January 2009- First Block is mined.
Bitcoin uses peer-to-peer technology to operate with no central authority or bank. Bitcoin is stored in blockchain worldwide. People are being rewarded few bit coins for verifying the transactions.

In 2016, it was reported that approximately 14 million wallets are in use. Ethereum, another crypto currency similar to Bitcoin has little over a million wallets.
Because currency is digital or virtual therefore can be transferred anywhere using software over the Internet. Thousands of people are working as miners to verify ach transaction. Miners need to solve the mathematical problem and in return they are being rewarded some bitcoins.

Allowed number of wallets-
A user can have as many wallets as he or she wishes.
Bitcoin Usages-
Bitcoins are being used to buy illegal things like drugs, weapons, money laundering, tax avoidance . Cyber criminals used cryptocurrency as preferred mode of payment to receive ransom. But best part is that each transaction can be traced. Therefore Bitcoins are Pseudonymous not anonymous.
Used Terminology-
BlockChain- is permanent database of Bitcoin Addresses.
Block- Is the up-to-date part of blockchain which records each and every transaction and all blocks are chained together. Each block is linked to every other in chronological order. Each block has hash of its predecessor.
BTC is the abbreviated version of Bitcoin, similar to USD in traditional currencies.

Bitcoin Wallet-
A wallet stores all the necessary information to transact bitcoins. Bitcoin uses public key cryptography, a wallet is collection of these keys.
Account numbers are public keys of a specific asymmetric encryption system.
Bitcoin Account ownership is established by knowing the corresponding private key.
If Private key is lost-
The Bitcoin network will not recognize any other evidence of ownership; the coins are then unusable, thus lost. In 2013, one user claimed to have lost 7,500 Bitcoins, worth $7.5 million at that time, when he accidently discarded a hard drive containing his private key. Therefore-

BlockChain-
Blockchain is database of every transaction that has ever taken place. Blocks are data structures encapsulating transactions as well as a reference to the previous block, therefore forming a chain of blocks.

BlockChain Drawback- Is blockchain’s size, it is getting bigger and bigger to record all the transactions which are taking place worldwide. This leads to synchronization problems as new block appears in the blockchain every ten minutes. 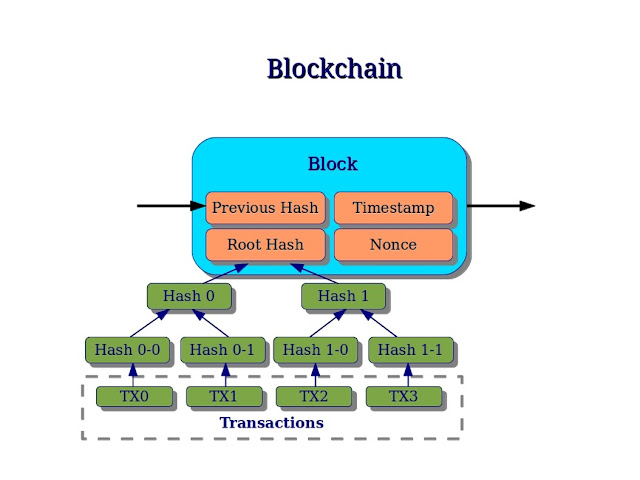 Bitcoin Privacy-
Bitcoin is pseudonymous, meaning that funds are not tied to real world entities but rather Bitcoin addresses. Owners of Bitcoin addresses are not explicitly identified, but all transactions on the blockchain are public.


Bitcoin Mining-
In the absence of a central authority, crypto-currencies are created by a process called “mining”- usually the performance of a large number of computations to solve a crypto-graphic” puzzle”.
Bitcoin mining is the process of adding transaction records to Bitcoin’s public ledger of past transactions or blockchain. This ledger of past transactions is called as blockchain as it is a chain of blocks. The block chain serves to confirm the transactions to the rest of the network.
Bitcoin nodes use the block chain to distinguish legitimate Bitcoin transactions from attempts to re-spend bitcoins that have already been spent elsewhere.

Your organization security is at substantial risk if you have not implemented email security policy. Daily we all receive emails which con...